In a week, I return to life on ship. And being at sea has been more frequent this decade than I had any right to expect. But our old lives come back, don’t they, I think, because we allow them to, want them to. We need them to bust in the door and rock the boat and crack the ice.

In the last year, the stories have had the luxury of privacy, of fermenting in coffee shops and the dry windowsills of whisky evenings. They’ve become journal and magazine-sized and likely a little too smooth. Next week, back to the rough stuff, where life is made present and compressed, and for a month this blog will be become frighteningly active.

This week, I’m collecting what I need, planning ahead, and as always, looking back…

All that bumping around and door and drawer rattling last night was us meeting ice we could not break. In this case, the rubble field was ice previously broken and pushed back together by wind and ocean currents. We were hoping for ice approaching a few feet thick, and we wanted it to be consistent. When we hit a wall, we backed away and found a route around. Last night, retreating from the last ‘log jam’ took too long, wiggling back and forth, applying both finesse and force. Eventually, we chopped the ice at our stern and cut a pond to turn around inside and returned to ocean.

So, we’re not trying for the polynya. We could probably get inside the open water pond by skirting around one rubble field and between others, but the winds have blown consistently from the north. If they change direction, they could push the  ice-edge floes back together, capturing us in an area it could take a Spring to escape. Perhaps I overdramatize. Perhaps not.

We find a wide floe and stop for our fourth ice station. The crew disembarks to set the ice anchor and promptly re-boards as massive cracks begin to open in the floe. Even though the boat has cut a fresh driveway, it rolls as if in open water. The swells are significant and we can see, from the working deck, the ice rise and fall. No ice station today. Instead we drive on into evening towards established stations on the 70-meter isobath. As Carin said over dinner, “We’re switching from relative to geographic coordinates.” Less floating in the grey, more paying attention to the hard world underneath.

Before night fell, Liz saw three belugas from the Bridge, first a white calf and then two (greyer) adults just behind. Quick. Then gone. We we were in a tight lead with ice all around. We watched for them after passing but saw nothing more.

As Rob said, “The weather won.” The best we can do is look for a decent floe and perhaps the weather will shift when we get there, or tomorrow, or the next day. Who are we kidding? We can work off the boat, but the weather will keep us off the ice. Unstable, the toffee pan is bending under eight foot swells I don’t need time-lapse or my imagination to see. Everything is moving again.

The Board of Lies warns us to secure our gear. Upstairs, a sign in the mess says, “That swell in the ice means it’s going to suck.” 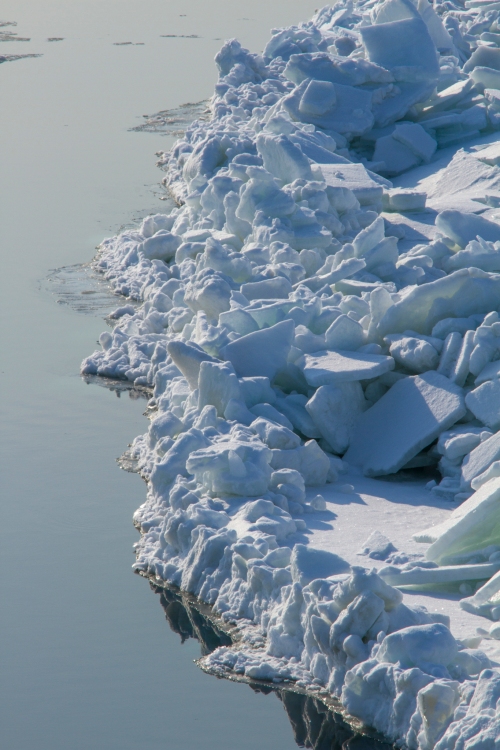 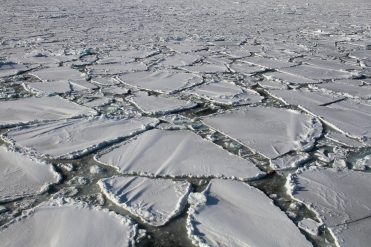 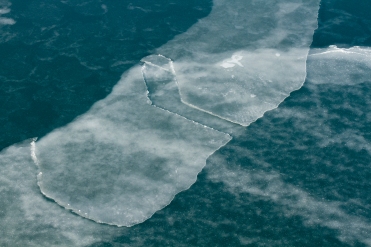 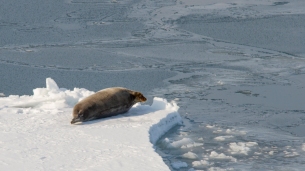 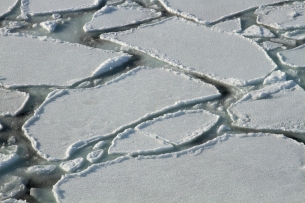 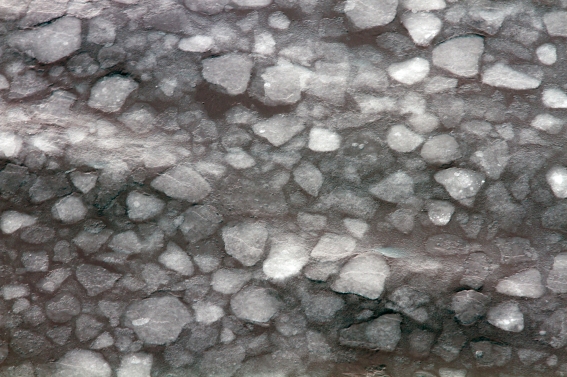 —Thanks to the National Science Foundation, and the School of Fisheries and Ocean Sciences, UAF (2015)