I most remember the sounds of the very young ship and the too many things that didn’t fit together when she had only just met saltwater, the way the north Atlantic swells rattled the coat hangers from one end of the closet to the other, the way some of the drawers wouldn’t latch and then opened and closed two feet deep on every crest and every trough—and there seemed too many other things to do to find the duct tape—and these are just the silly surface details. Then the anchors bounced in their pockets and the chains rang like bells in their tubes.

Emerson Eads wrote music for the Sikuliaq’s launch, recorded by the Fairbanks Symphony orchestra. They played it the day we dropped the ship into the Menominee River. They played Emerson’s piece at the reception—but people were more in a mood to talk about the future of the boat and the future of the Arctic and arctic research than listen to music that had never seen the boat run, or grow, or settle into itself. Music is not made for the adventure. It arises from it. Sometimes it is just the song playing on the radio, or the quartet at the top of your last playlist. You can’t force the show, and no one had yet heard the voice of the Sikuliaq. The ship had barely gotten wet, despite the rain in Wisconsin.

The delicacy of the symphony orchestra’s recording was lost to the poor playback from someone’s laptop and a neglected speaker system. All this hoity-toity theatre, dress-up, and presumption, and they didn’t get the sound right. It’s fine. This is art. This is science. We work at it and we work at it with big plans and little control of the details. They fall out as they must, and we work at it some more and some more until people begin to take notice.

The Sikuliaq’s song is strongest when she’s running and the swells grow large. You can hear it best in the forward hold below the chains. There the rhythm of the sea and the moan of the engines come together in the steel to create a sound all her own. I have it recorded. I listen to it sometimes to remember. 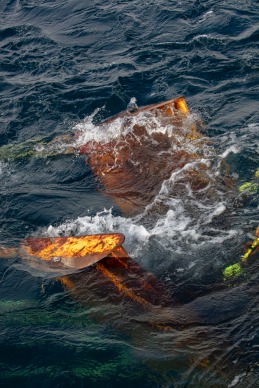 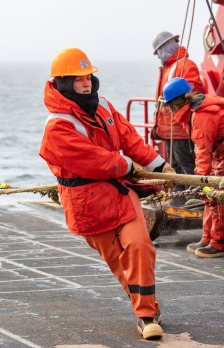 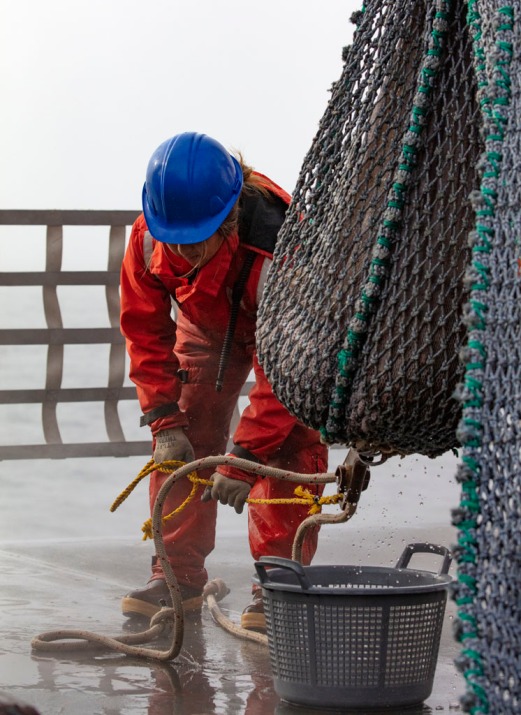 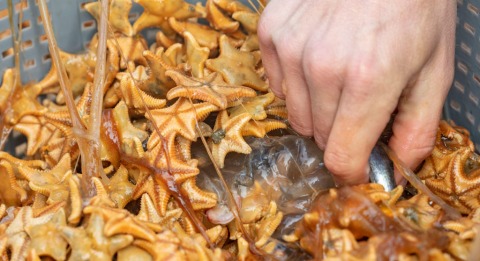 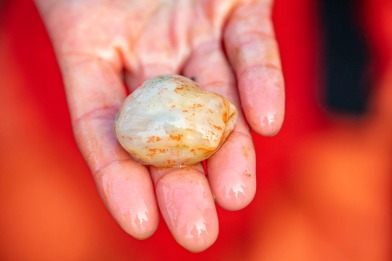 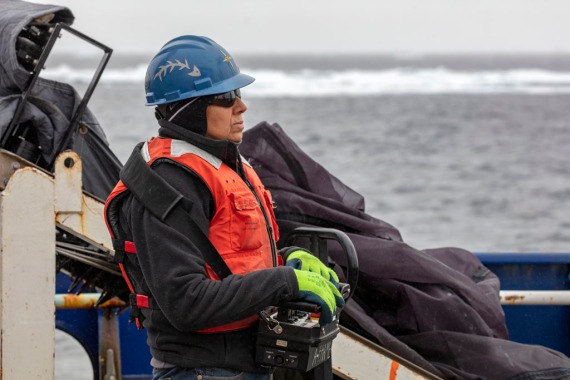 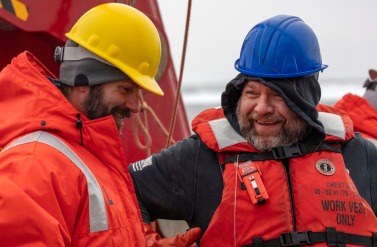 So, again I’m in a small boat on the sea, and amongst ice floes for the first time in 14 years—then one of my first photographic expeditions on any terrain. In 2004, I was in the Chukchi Sea on the other side of Point Barrow, photographing Inupiat hunters take seals from 14-foot open boats with a rifle and a harpoon, stalking about the floes and then racing through the gaps to get to the seals before they sank. We spent whole days on the water, eating packed sandwiches and drinking coffee from a thermos. I made the mistake of loaning my lens wipe to the man with the rifle, only to see it flutter away in the wind. This time I’ve brought three. This time, our fishing trip sees us much farther out to sea and always within foggy eyesight of the mother ship.

Before we go, with rod and reel and cameras, so many cameras, Steve makes a joke about how if I don’t come back, can he have my stuff? I tell him I’m carrying it all with me. So, no running off and leaving us out in the middle of the ocean. I’ve done this before—loaded with a backpack and a duffle bag and cameras. We’ve gunned the motor so as not to be captured by ice floes, and we’ve been stranded on an ice floe as the pilot fixed the outboard—and we’ve raced for Barrow as the pack-ice pushed us to shore and we walked the last few miles to the end of the road where we were met by trucks. So, sure, if we don’t see you again, I’m confident we’ll make it somewhere. I’m content to see where that story goes. Trucks and a wet road. I know how this works. Adventure. You just keep going until there’s a bed and some food in a cupboard. 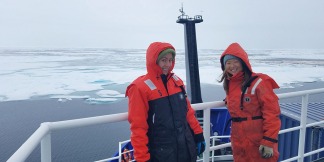 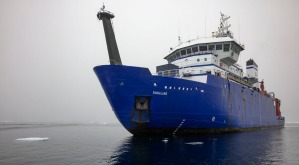 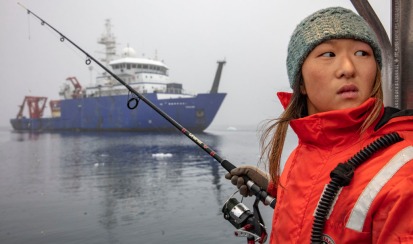 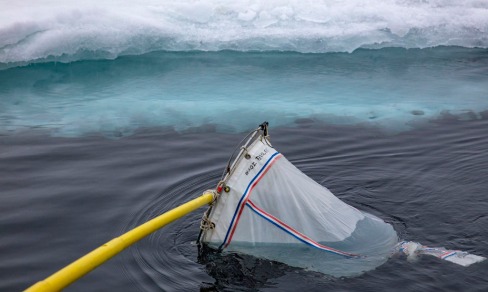 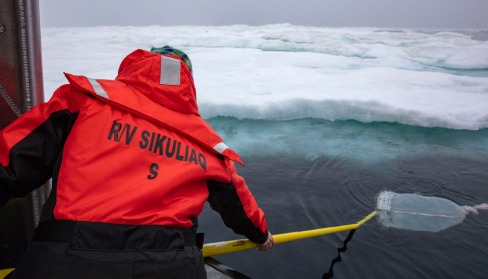 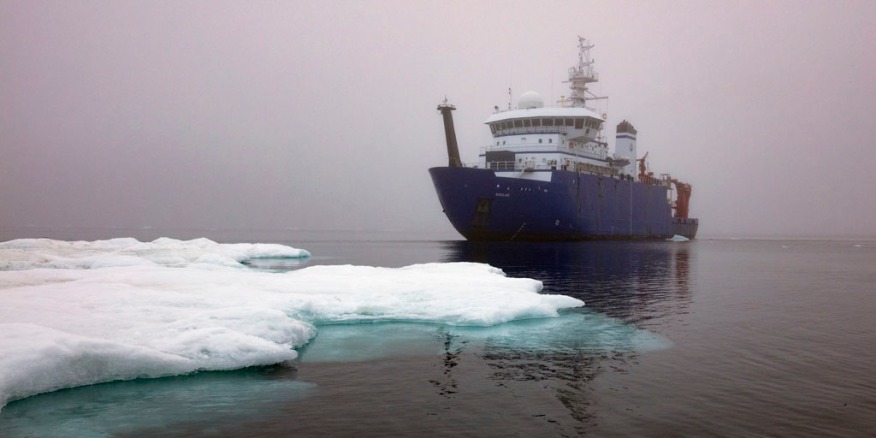 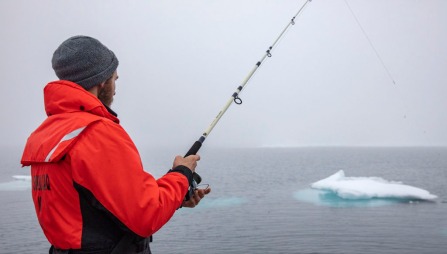 Steve failed to wake me for the sunrise, but I’ll forgive him. Celia showed me the pictures and impressive though they are, I’m not sure the clouds have moved since the previous evening’s sunset, which all by itself took several hours to perform—and every time I sat down to type something Celia came back inside to tell me how different the light looked now, and even better than before—and I had to come outside to the back deck and take a look. She wasn’t wrong. The resurgences of the new day fell softly upon the slow death of the old, and I’m sure no one complained whose watch it was to work through, cleaning nets and flying the Mocness* in the midnight sun.

And now get to journey into a world of color again, if only for an evening and a day—all the yellows and oranges and shades not quite turquoise we needed, a breather from the grey on grey. The night watch gets to work through a sunset and a sunrise—thought isn’t that all the same thing here. The sun at best is giving the world a glancing blow, and the color gradients that Celia tells me really are changing, because look at the latest pictures, and I need to go back outside and see, “because it’s better than earlier.” It’s always better than earlier. I’m tired. I’m done with pictures. I should make a case that all my memory cards are full, that the portable hard drive and the thumb drive backups are stuffed and the laptop itself has begun to fit files into uncomfortable places. When I’m not looking, it shoves them onto the phone for safekeeping, which makes the Instagramming pretty, but then the phone and the laptop are dogging like they’re homesick.

And for the first time this trip I’m shooting photographs in the sun, which feels odd, to finally be able to drop the iso. I also have to contend with hard shadows.

But the paint and the rust on the trawl’s doors look great in the direct, raking light, and the odd ice floe passing behind everyone to remind us where we are.

The trawl doors are shaped like airplane wings but work like kites—underwater. While they swim behind the boat, they open as far laterally as the bridal allows, until the net’s mouth is some 10×12 meters wide. The amount of wire let out depends on the depth of the water. Today, the wire goes out more than 700 meters. I suppose that’s like seven and a half football fields, if that is something people have a sense of the length of anymore. I dream of a day we can think in terms of things much larger.

The wire and the net and the doors put more than 2 tons of load on the winch, and in the end, we’ll catch mostly jellies. The fish, the arctic cod, when we do go after the right water, will only be a few inches long. This is a test run today, the first time the ‘fish people’ have got the team working on the deck with the big net. We’ve chosen this spot on the chance we’ve found a lake in the ice field. The lake’s not where we want to be—but it’s open water. 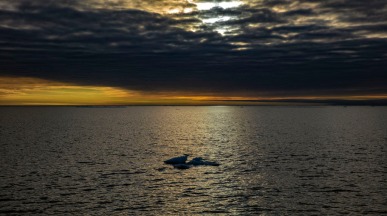 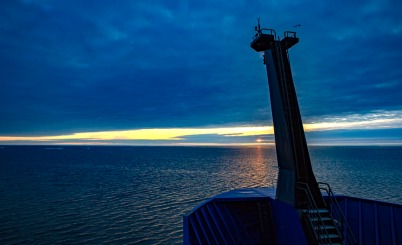 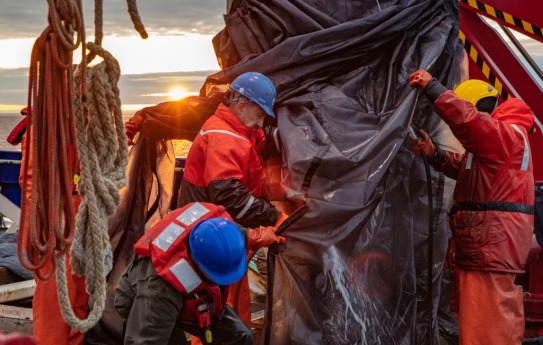 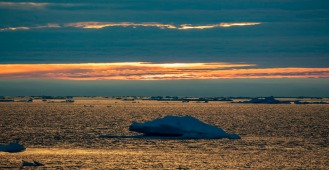 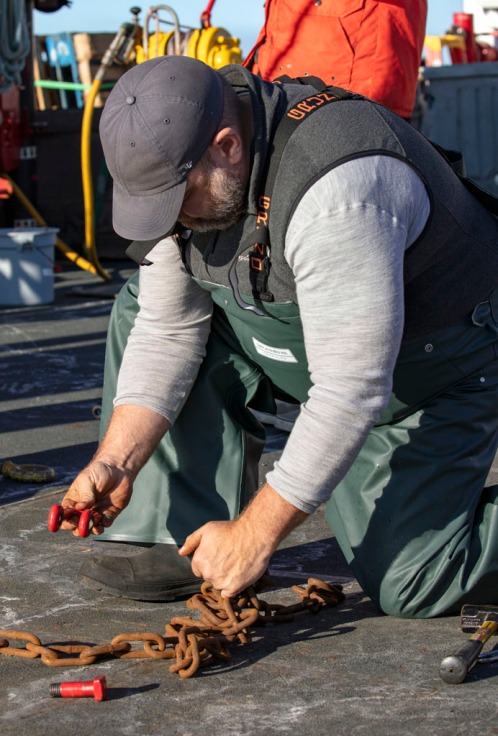 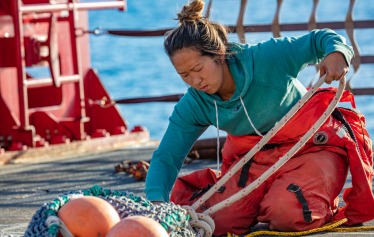 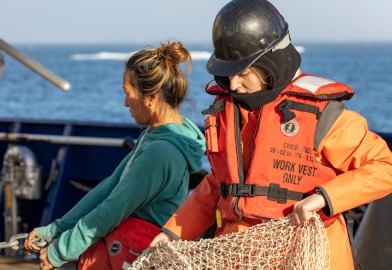 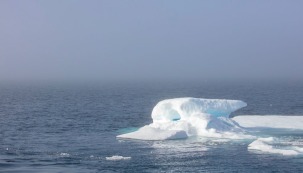 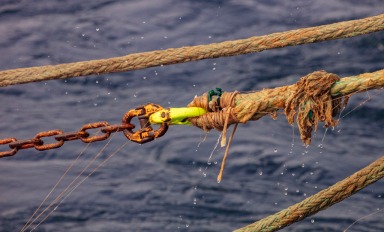 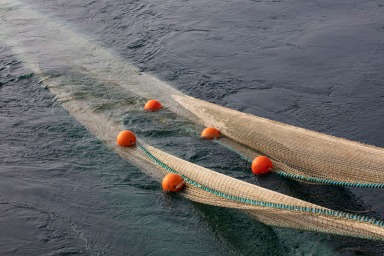 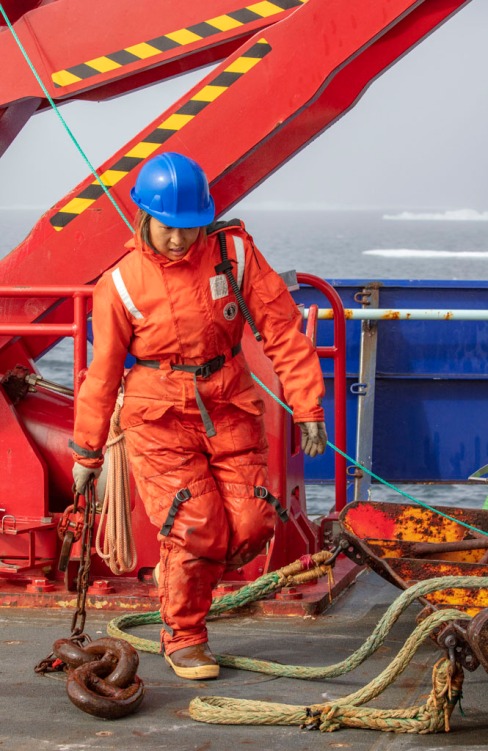